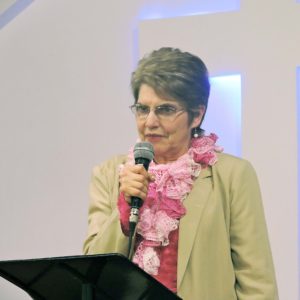 From early in life, Janice has continually been involved in children’s ministry and teaching. In addition to being a homemaker and mother to four children, she has ministered in local churches as Sunday School teacher and in children’s outreach. She established the Club Feliz for neighborhood children in Quetzaltenango, Guatemala and taught at Brasabola Bilingual School (La Ceiba, Honduras) and McMinn Central High School (Etowah, Tennessee). She was co-founder, with her husband, and served as director of the Casa Shalom Home for Children in Guatemala from 1986-1994. In Ecuador, Janice served as children’s teacher and tutor in the Agua Viva Ministries after-school child development program (Kids Club) as well as community organizer with women with whom she developed relationships and worked in a variety of projects. She holds a Bachelor of Science (B.S.) in Elementary Education and a Master of Education (M.Ed.) from Lee University, in addition to special certifications to teach English as a Second Language (ESL) and Spanish. 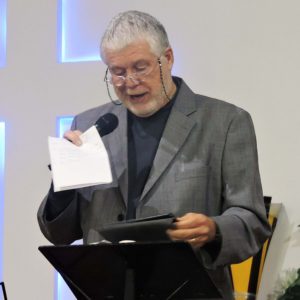 Rick’s special ministry interests have been theological education and social ministries. He was the director of the Instituto Bíblico de la Iglesia de Dios in Quetzaltenango, Guatemala (1977-82) and helped to develop theological education by extension (TEE) sites throughout the country. There he was also co-founder of Proyecto Evangelico de Servicio a la Comunidad (PROESERC). In San José, Costa Rica, he served as co-founder and director of the Centro de Formación Ministerial (CEFOM) from 1982-84, and in La Ceiba, Honduras was Educational Director for the Church of God from 1984-1986.

In 1986, he and his wife established the Casa Shalom Home for Children in Guatemala, the first of its kind under the auspices of Church of God World Missions, and served as directors until 1994. From 1994 to 2008 he served on the faculty of the Pentecostal Theological Seminary (Cleveland) as Associate Professor of World Mission and Evangelism, while also teaching one semester each year at the Seminario Sudamericano (SEMISUD).

Most recently, Rick served as Latin American Coordinator of Social Ministries and Missionary Educator from their base in Quito, Ecuador. Throughout his ministry, Rick has taught as visiting or adjunct professor of missiology at many colleges and seminaries internationally and inter-denominationally.